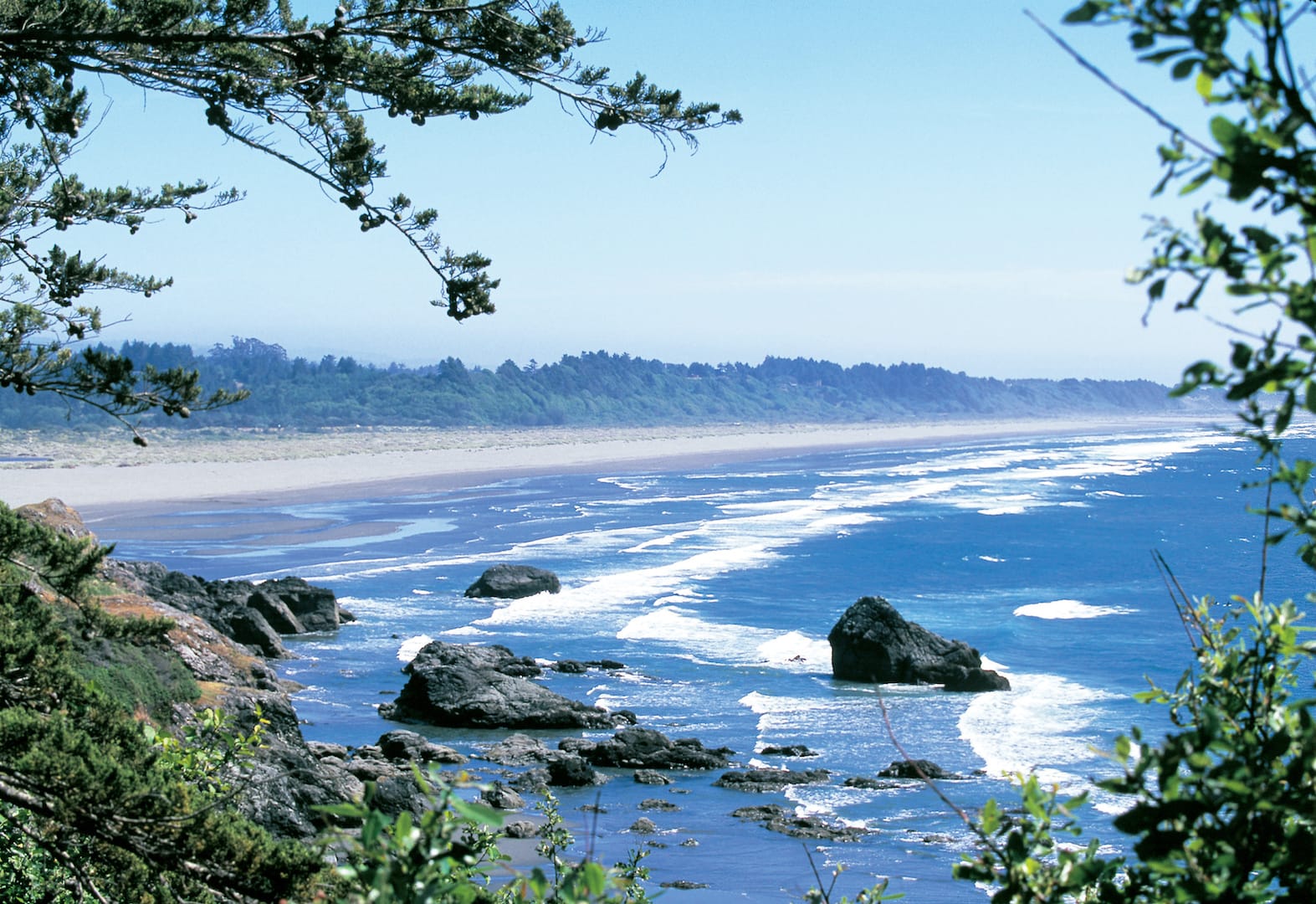 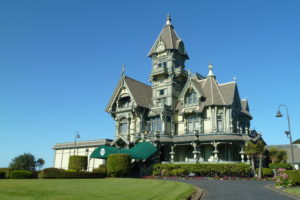 Besides its unspoiled natural beauty, the region has earned distinction for its emerging cultural scene. Eureka consistently ranks among the top ten small arts communities (The 100 Best Arts Towns in America) and Humboldt County has more artists per capita than any other county in California.

Arcata is home to Humboldt State University and has a lively downtown with shops and restaurants surrounding the central Plaza. The Arcata Marsh and Wildlife Sanctuary is home to the City of Arcata’s innovative wastewater treatment facility.

By integrating its conventional wastewater treatment with the natural treatment processes of constructed wetlands, Arcata has succeeded in turning its treated wastewater into a resource. The sanctuary includes 307 acres of freshwater marshes and five walking and biking paths.

Arcata Community Forest is the centerpiece for Arcata’s parks and recreation system. The main forest is 793 acres, and the City owns the Jacoby Creek Forest, consisting of 1200 acres.
The objectives of the current forest management are:

To provide educational and recreational opportunities for the community
To sustainably harvest timber
To generate revenue so the city may acquire and develop new recreational facilities
To maintain and enhance the fisheries, watersheds, wildlife, and plant resources 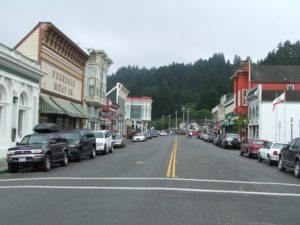 Fortuna is located 7 miles (11 km) from the Pacific coast on the bank of the Eel River. The community is affected by coastal weather patterns with the Pacific Ocean to the west. Fortuna is served by U.S. Route 101 providing direct access to San Francisco 253 miles (407 km) to the south and to Eureka (County Seat) 14 miles (23 km) to the north. The western terminus of California State Route 36 intersects U.S. Route 101 1 mile (1.6 km) just south of the city limits. Fortuna is surrounded by national, state and county redwood parks, and is the gateway to the Redwood forests of Northern California. Sequoia sempervirens grow to about 300 feet (91 m) and live to be 2,500 years old. The 33-mile (53 km) Avenue of the Giants offers one of the most spectacular views of the redwoods as it carries visitors through grove after grove.

Ferndale is known as the Victorian Village. It won the Prettiest Painted Place (small town) in the Northwest Region 2012. Ferndale is a trip back in time, with its beautiful Victorian-era Main Street. Drive beyond Ferndale to the Lost Coast, nine miles of wild ocean beach backed by dairy farms to the north and steep cliffs to the south. Sandpipers scurry along the water’s edge and cormorants, gulls, and pelicans fly along the water. Harbor seals can be seen peering curiously from the breakers. From November 15th to March 1st, one of the largest coastal congregations of Tundra Swans can be found in the Eel River Bottoms north of Centerville Road. Gray Whales migrate south along the coast from December through February, returning January through May. 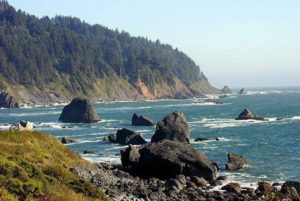 Within minutes, many outdoor adventures await. Some activities include bird watching, hiking, camping in State Parks and forests, some of the best river fishing in the world, whitewater rafting trips, horseback riding, and taking photos of live elk in their natural habitat.

Take a walk or ride your bike on the scenic Hammond Trail, a paved trail that runs parallel to the coast from one end of McKinleyville to the other. Visit local beaches and spend the day kayaking, surfing, fishing or taking a leisurely stroll looking for treasures. 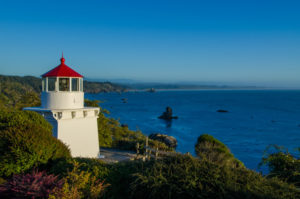 Trinidad is one of California’s smallest incorporated cities by population (367 residents in 2010, up from 311 residents in 2000). Trinidad is a Gateway City to the California Coastal National Monument, and is noted for its spectacular public beaches and offshore rocks. Fishing operations related to Trinidad Harbor are vital to both local tourism and commercial fishery interests in the region.

Trinidad is best known for its rugged coastline and spectacular views that attract adventurers of all ages. Trinidad’s ocean also offers impressive beaches, kayaking, fishing, and crabbing. Many Trinidad vacations are actually planned around the fishing season and what fish are running! State and National Parks offer trails along ocean bluffs and access to remote beaches.