According to the California Association of Realtors, about 10 % of California single family homes in 2006 were purchased in all-cash transactions.  A decade later, it’s nearly 25%.   Many of these buyers are domestic buyers and some simply prefer California real estate to the stock market.

They estimated that 3% of last year’s purchases went to international buyers.  Their data even suggests the share of international buyers has been on a downward trajectory since 2008, but that could be undercounting due to the way the surveys are taken.

“For one thing, the survey is conducted in English,” said Oscar Wei, senior economist for the California Association of Realtors. “So if you have Chinese buyers and Chinese agents, they may not necessarily want to participate in a survey written in English.”

Wei also acknowledges that Realtors may not always know the citizenship status of their clients and that the timing of the survey could bias the overall results towards domestic buyers.

His rough estimate: 5 to 10 percent of the state’s single-family housing stock could be owned by international buyers.

So can we conclude anything reliable about foreign buyers?

We do have a decent grasp on where they’re coming from.

The fear of Chinese millionaires gobbling up American homes as just another piece in their global investment portfolio can veer into the cartoonish and xenophobic very quickly. As recently as 2014, Canadians purchased more U.S. homes than Chinese buyers, according to the National Realtors Association. And while Canadians are actually more likely to make all-cash offers, they receive nowhere near the scrutiny as the Chinese.

In California, however, Asian buyers do dominate: Last year they accounted for 71 percent of California homes sold to foreign buyers. That dwarfs the next closest group of international buyers, Latin Americans at 14 percent.

The Millennials or Gen Y (24-38) held a market share of 36% over the past year. Gen Xers (39-53) ranked second at 26% f0llowed by the Baby Boomers with 32%.  While Millennials held a majority of the share in the home buying market, low levels of housing inventory and higher home prices held back many potential buyers.  Over the past year, the typical Millennial home buyer had a higher household income at $88,200 compared to last year of $82,000 and purchased the same size home 1800 square feet.  The market has also seen an expected increase in multi-generational homes as more adult children opted to live at home with their Gen X or Baby Boomer parents. 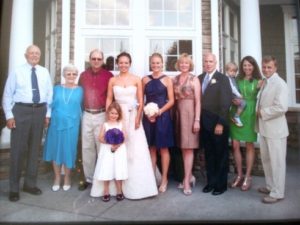 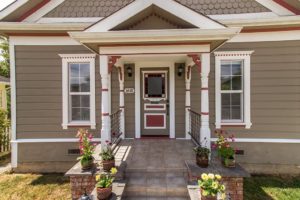 Buyers should consider the floor plan, it is difficult and expensive to reconfigure a home’s floor plan.  If the home doesn’t have the minimum number of rooms or flow of the living area you should cross it off your list.

You should pay attention to the condition of the neighboring homes.  Not only do you have to live with your neighbors on a daily basis, but they can affect your home’s future value.

Consider all expenses, monthly mortgage payments, utility costs, and real estate taxes, beyond the list price to make sure you are financially comfortable.